Alexander O. Levy was the art director at the Larkin Soap Company from 1913 -1925.  While he was a nationally famous artist,  you may be more familiar with his art as seen on reproductions of many of the Larkin catalog covers on view on the first floor of the Larkin at Exchange Building. The Burchfield-Penney Art Gallery is currently hosting an exhibition of Alexander Levy, on view until March 29th, 2015. Scott Propeack, the curator of the exhibition, has graciously agreed to give a talk about Alexander Levy on February 24th from 5:30pm – 6:45pm as a part of The Larkin Square Author Series.

Born in Bonn, Germany, Alexander Levy grew up in Cincinnati in the 1880s. He was a child prodigy; at age eight he won a city-wide art prize awarded by the local newspapers; at twelve, he turned down a scholarship to study the violin in Europe. In his teens, Levy studied at the Cincinnati School of Music and the Cincinnati Art School under the artist Frank Duveneck. 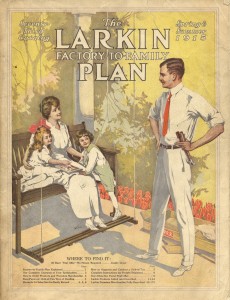 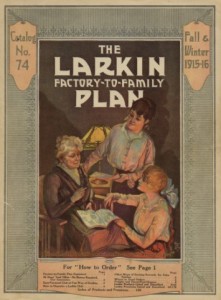 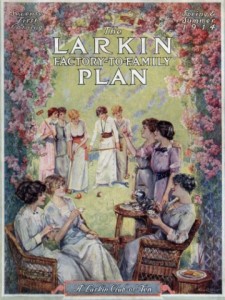 In 1909, Levy moved to Buffalo and started working for the Larkin Soap Company at its pinnacle of corporate growth. When he was hired by Larkin the company was ascending to a corporate powerhouse, having worked with the great marketing mind of Elbert Hubbard within the design aesthetic of Frank Lloyd Wright. Levy arrived at a position at a company of great minds, through an artistic excellence. By virtue of his illustration, he became well known for work which appeared in The Saturday Evening Post, Saint Nicholas Magazine and The Century. His style can be seen clearly in many of the Larkin Catalog covers, which he designed during his time with the Larkin Soap Company. Read more. 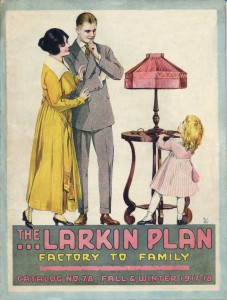 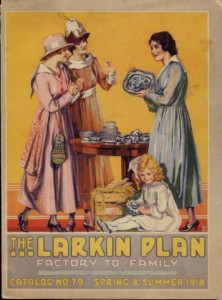 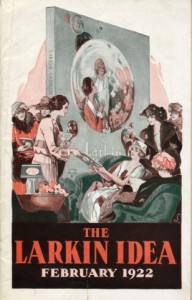