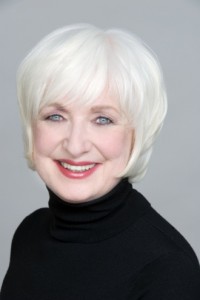 Cathy Gildiner is the author of Too Close To The Falls and After the Falls, the first two in a three part memoir series. The final book in the series, Coming Ashore is her most recent publication.

Set in the late ’60s and early ’70s, Coming Ashore whisks readers through seven years and three countries. In this touching and hilarious volume, Cathy McClure’s many adventures include an ill-advised solo climb up a mountain in Wales, facilitating a friend’s dying wish to have sex with Jimi Hendrix, and living (at different times) in a residence for the blind, with members of the FLQ (Quebec separatists), and with one of Canada’s biggest drug dealers.

Join us this January for an informal talk and book signing at the Filling Station Restaurant (745 Seneca St.) Enjoy a glass of beer or wine, small pizzas, salads, and soups. The new opened Hydraulic Hearth Restaurant (across the street) will also be serving food and drink until 10pm.

Larkin Square Author Talks are presented by First Niagara and sponsored by Independent Health.  We thank them for making Larkin Square public events free, open to the public and with free parking!

Books available to purchase at the book talk through Talking Leaves…Books.